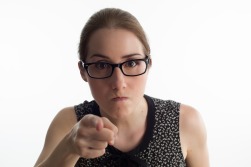 Anne read the words of Dare #7 and felt convicted. “Oh crap. I mean, darn. I mean shucks. I mean bummer.” Dare #7 opened with a vignette of married friends talking about their husbands, and the conversation was not flattering. She thought how the example given was a pretty accurate portrayal of the conversations she’d exchanged with family, friends, and even casual co-workers. Faultfinding and grumbling about husbands were typical of the culture—certainly men complained about their wives all the time.

Dare #7, however, suggested that “husband-bashing” with friends did not have a positive influence on the marriage. Anne thought about this notion and realized that when she was first married to Tony she thought the world of him. She only mimicked her friends’ bitter comments about their husbands to better fit in with her peers. She didn’t really believe the derogatory things she was saying, but over time those false criticisms transformed into truths to which she added a whole new repertoire of grievances. Now with less than five years of marriage under her belt, she spoke poorly of Tony all the time. How could she bridle her tongue to honor the admonition of keeping her comments positive and uplifting?                                (Dare to Respect, pp. 65-66)

Oh, how I can relate to Anne’s difficulty with refraining from speaking negatively about her husband!  I love Rey and admire his strengths, character and accomplishments… but there are times when I’m tempted to “vent a little” with my girlfriends and verbally assault my husband’s persona.

Can I get an AMEN?

But we are cautioned,

Do not let any unwholesome talk come out of your mouths, but only what is helpful for building others up according to their needs, that it may benefit those who listen.       Ephesians 4:29 NIV

When do you speak negatively about your husband?  Are there certain friends or family members that trigger your critical nature?

Want to deepen your marriage journey with 6 new girlfriends? 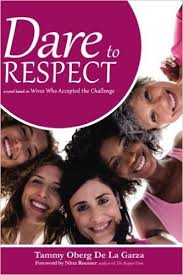 Struggling with showing your husband unconditional respect?  Check out the RESPECT Dare for Married Women  with author & trainer, Nina Roesner.